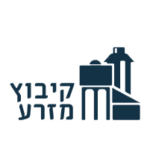 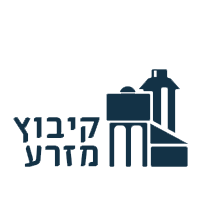 Location: The Jezreel valley (between Afula and Nazareth
The ancient name of the place: Rova el Natzra . This name was changed to Mizra.
Year of Establishment: 1923. 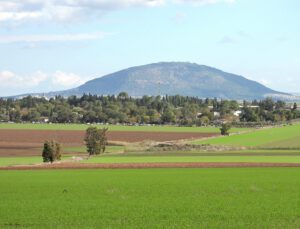 Founders: Originally founded by a group of pioneers from Russia, who were joined by group from Poland called “Tzrifin”. In 1929 they were joined by a large group of “Hashomer Hatzair” graduates from Galicia, mainly from the town of Nadborna and this group was called according to the name of the town. The settlement became a kibbutz and joined the Kibbutz Artzi federation.
In the 1930’s a youth group from Germany arrived at Mizra.

In the late 1940s and early 1950s other groups joined the kibbutz. This body was composed of Bulgarian youth (1943) and Hungarian youth (“Geulim”), the first group of children who were born on Mizra and graduates of Hashomer Hatzair in Kiryat Haim. Together they constituted the “Ein Gedi” group whose members were the major social and economic leaders on the kibbutz for many years. From the late 1950s and afterwards alumni from the local educational institution (high school), both the children of members and children sent by their families to be educated on the kibbutz, became new members.

The children in the latter group were “adopted” by kibbutz families and became an important part in the demographic growth of the kibbutz.
The kibbutz population today is composed of 350 members. Together with the members, children and temporary inhabitants the total population is 700.

Characteristics: Mizra is a stable, cohesive kibbutz. The far reaching changes recently made in the style of life were made after careful, responsible consideration. The difficult discussions that preceded the changes were characterized by an atmosphere of tolerance and respect for all opinions. The kibbutz has a rich cultural life and holiday celebrations. 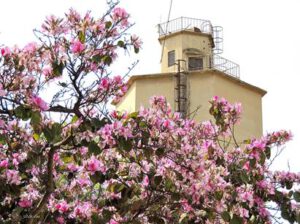 The events are enriched by the talents of local artists and attended by most of the members.
Mizra in literature: Written material about the kibbutz can be found in the book Wounded Bird (a diary written by Dora Bader between the years of 1933-1937), and in books and stories written by Reuven Kritz, Shamai Galander and Avram Cantor which were inspired by the kibbutz and its members. A regular internal bulletin has been published almost every week since the kibbutz’s inception. Documentary material has been cataloged and can be found in the kibbutz archive and artistic creations are displayed at the “Little Mizra” museum.
Culture and creativity: Since its inception, Mizra has had a rich cultural life which also served as a strong factor in social cohesion. 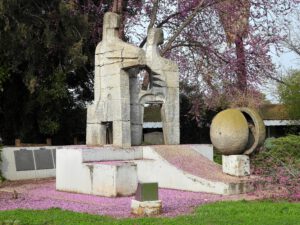 In the years before television there was a party every Friday evening. In addition to the celebration of  the Jewish holidays, the tradition of celebrating the “Kibbutz Holiday” was established in the 1980’s which was dedicated to a different subject about life on the kibbutz each year (usually under the direction of Yossi Amir.)  The tradition of a “Kabalat Shabbat” ceremony for all members before dinner in the dining room began in the 1960’s. Plays under the direction of Hanoch Paz and in which many members participated began in the 1940’s. These plays were held in the “Jezreel Goren” that contained an open theater with hundreds of places and is now the site of the Jezreel Valley Academic College. Each play was performed several times, in which  dozens of members participated, spending long late hours at rehearsals after their working days  Naturally this created a special social  atmosphere among the participants. This tradition of long plays gave way to the short sketches written by kibbutz members (Shamai Galander and Rafi Ramon) and usually presented at wedding parties. During this time it was usual to hold joint wedding celebrations for a few couples, and the program was rich and varied. Each of the holidays provided the opportunity for creative expression in music, dance, scenery and writing. Kibbutz Mizra is blessed with a number of world class researchers and artists, who still donate their skills to the cultural life of the kibbutz and continue to do so in the years following privation.
Kibbutz area: 775 hectares of which 650 are field crops and orchards.
Address: Kibbutz Mizra. Zip code 19312.
Phone: 04-6429701
Fax: 04-6592124